It's a wild and wacky world we live in. Humorous. Scary. And, sometimes just strange. The following story was recently reported by the Associated Press.


Judge: Girl's name, Talula Does The Hula, won't do

A family court judge in New Zealand has had enough with parents giving their children bizarre names here, and did something about it.

Just ask Talula Does The Hula From Hawaii. He had her renamed.

Judge Rob Murfitt made the 9-year-old girl a ward of the court so that her name could be changed, he said in a ruling made public Thursday. The girl was involved in a custody battle, he said.

The new name was not made public to protect the girl's privacy.

"The court is profoundly concerned about the very poor judgment which this child's parents have shown in choosing this name," he wrote. "It makes a fool of the child and sets her up with a social disability and handicap, unnecessarily."

The girl had been so embarrassed at the name that she had never told her closest friends what it was. She told people to call her "K" instead, the girl's lawyer, Colleen MacLeod, told the court.

In his ruling, Murfitt cited a list of the unfortunate names.

Registration officials blocked some names, including Fish and Chips, Yeah Detroit, Keenan Got Lucy and Sex Fruit, he said. But others were allowed, including Number 16 Bus Shelter "and tragically, Violence," he said.

New Zealand law does not allow names that would cause offense to a reasonable person, among other conditions, said Brian Clarke, the registrar general of Births, Deaths and Marriages.

Clarke said officials usually talked to parents who proposed unusual names to convince them about the potential for embarrassment.

Lucky for us we don't live in New Zealand because we're now considering the name "Paco Eats A Taco" for our soon-to-be-born son. It has a nice ring don't you think?

And, thanks to my sister-in-law Glo for suggesting this unique spelling, "Paco Itza Taco." It will be a great cultural reference for our son's heritage.

By the way, for our New Zealand friend now living in Texas (because you know we can't just have friends from Mayberry), is Bill really your first name?

It's A.'s birthday! Everybody sing! 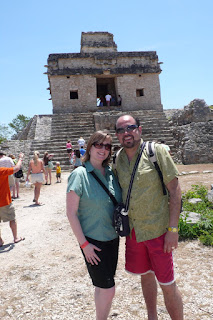 From Dzibilchaltun to Havana and beyond. I'm looking forward to celebrating your next 40 years. Happy Birthday! I love you!
No comments:

It's a bird. It's a plane. It's my brother Doug on two wheels! 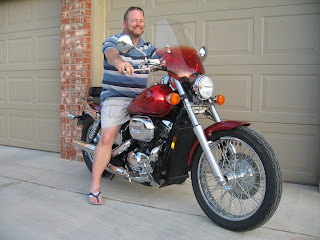 Hard to tell in this photo, but there are flames on the tank. These flames will help him go reeeeaaaal fast. Have fun, Doug!
1 comment:

Our trek through Mexico's Copper Canyon in 2005 gave us many opportunities to see the indigenous Tarahumara. 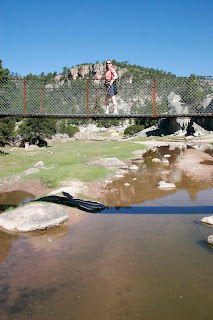 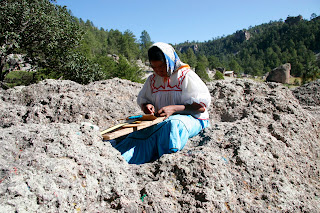 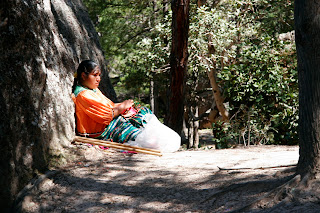 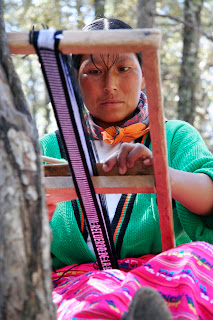 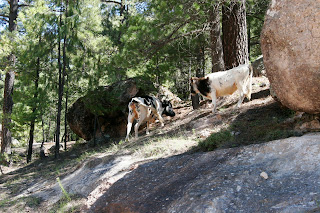 And of course, the native livestock owned by the Tarahumara.
No comments:

Back Away from the Belly

Since this is my first pregnancy, I'm learning a lot about mankind. For example, people are very interested in how I'm feeling. This is generally the top concern in many conversations. Very thoughtful. Thank you for caring.

At work, instead of the usual "How are you?" while passing someone in the hall, I'm now asked, "How are you feeling today?" Again, thank you for asking.

I'm also learning that there are brazen belly touchers in this world. This is a demographic I wish to avoid. Unfortunately, as determined as I am to steer clear of unwanted touching, I was taken by surprise just the other day. Apparently, when you become pregnant some people view you as public property. When did this happen? And, why?

I happened to be talking with someone at work, that's right I was at work! She asked me how I was feeling. Oh, how I like that benign caring question. Then, she says to me, "I think you're having a boy because you're carrying high." (Here comes the unwanted touch) "Oh yeah, I can see it (touching, touching!) right here."

I was so stunned that I just stood there and stared at her. The conversation came to a quick, and I'm sure unnatural end, but I didn't care. I just wanted to get away fast. I walked back to my office wondering why people feel the need to touch other people. No one has ever wanted to rub my belly before. I'm not a magic lantern.

If someone asks permission, then I'm more inclined to say yes. But, this sacred right is reserved for special family and friends. Strangers and acquaintances, however, are more than likely out of luck. I may just start telling them to back away from the belly. Or, maybe I'll return the belly rub.
No comments:

The Kennedy clan recently came to visit us...that's A.'s sister Gloria, her husband Daryl and cool kids Neil and Megan. The kids have really grown since we last saw them almost two years ago. 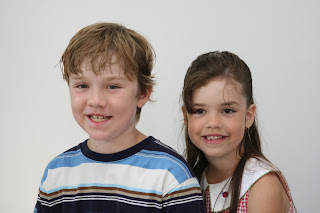 If you really want to know...