...so are the days of our lives. Isn't that a catchy little phrase from the popular soap opera Days of Our Lives? That used to be one of my faves, that is, until Marlena became possessed. That storyline killed the soap for me. In college, my roommate Brenda and I used to record certain soaps that aired while we were in class and watch them later. Since that time, I haven't watched or recorded a soap opera. I wonder if Marlena is still possessed?

Here at home, our family life isn't quite that dramatic. We've been very busy though.

In August, we traveled to see my mom who was undergoing outpatient surgery. Unfortunately, the surgery didn't go as well as everyone expected, so a few days after the surgery my mom became an inpatient at the hospital. Then, after a few more days she underwent a second surgery. It's been two months and she's doing better. She even returned to Taekwondo classes! As much as she'd like to return to sparring, she has to sit those exercises out until her doc gives her the "okay." I'm thinking her doc should have recommended yoga instead.

While we were there Baby MAC spent most of his days in a private swimming pool. It was a one-man raft filled with water. Perfect for an 11 month old! 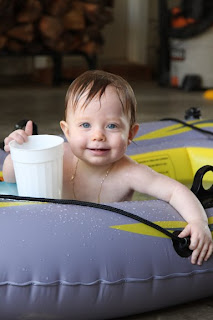 During this time, I learned of a cousin involved in a car wreck back at home. He's been in a coma since. One of his brothers updates his condition and any progress here. 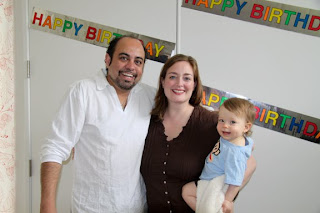 And in honor of our little monkey, I made monkey cupcakes. 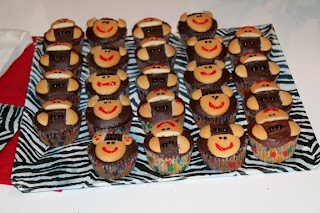 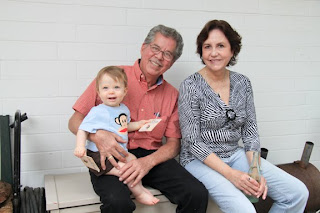 We traveled to the Cornhusker State to visit my sis-in-law Juli and her growing family. Baby MAC and his cousin Ian enjoyed each others company. 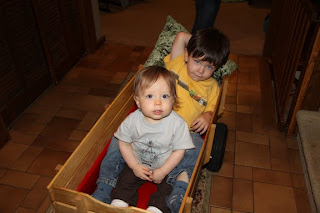 And, we visited the zoo. 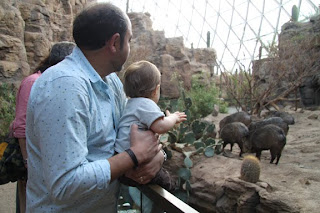 Juli and Glenn are expecting a baby girl soon! Yea! 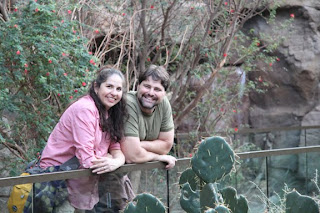 It's now October and Baby MAC has been a little sick. Luckily, no strain of flu has hit our home. Knock on wood and pass the Lysol.

Our little boy is easily entertained by a cell phone, especially an iPhone with an app made just for him. He loves the animal sounds on daddy's phone. 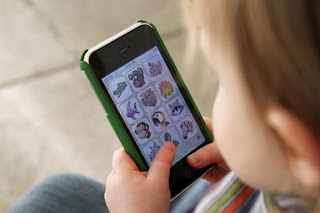 Yay--you're back! I've missed you and seeing pic of your baby boy! He's so cute! Miss you guys!

Those are the cutest cupcakes EVER! I was glad to see your post. Sounds like you've had a lot happening. I hope your mom is fine, A's family is all fine, and that your cousn makes a miraculous recovery. ... I'm always thinking about you guys and miss being across town from you! 'Hi, Jake!'
Renate

If you really want to know...